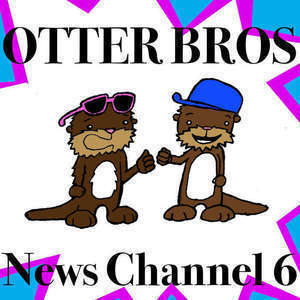 The City of OurTown has six news stations, and all of them are vying for the Peabody Award for News Excellence. Animal News One has the best zoo news thanks to the OTTER BROS, News Channel 6 has some exciting stories (some of them seem made up, though), and Action News 11 has some amazing secrets about other stations and their financial mismanagement—and a very dedicated intern named Crate, or Clamp, or something. Of course, there is a Malaria outbreak in OurTown, but that doesn't really seem newsworthy when there's so much ZOO NEWS! Enjoy love, death, and art films in this episode of GOSH DARN FIASCO! God Rest Ye Merry Gentlemen!!

See us live JULY 25! (yes, 25th, we say it wrong in the episode.) Information on our facebook page! http://facebook.com/goshdarnfiasco