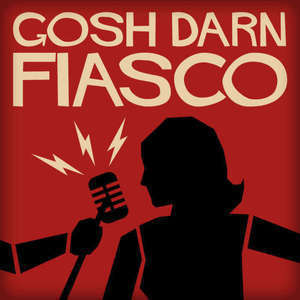 In this special episode, we interview the creators of Fiasco, Jason Morningstar and Steve Segedy! The experts give tips on what makes the best roleplaying sessions, tell their their inspiration for Fiasco, preview their new game Ghost Court, and leak the info on the one Fiasco playset that Steve wants to make someday. We freak out a little bit. Sponsored by The Movie Quiz in Portland!

The Movie Quiz at the Hollywood Theatre is a monthly evening of trivia for every kind of film fan. Your movie knowledge will be put to the test with questions about movies old, new, good, bad and everything in between. There is fun to be had and prizes to be won, so come and flex your cinema-loving muscle at The Movie Quiz! http://facebook.com/tmqpdx

GDF is back starting August 1!

Check out information about live shows in Portland, at Gen Con, and more at http://thedoubleclicks.com/GDF