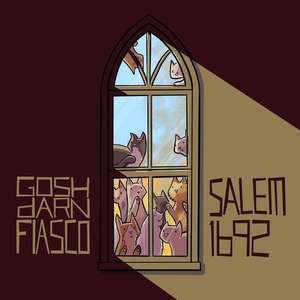 It's witches and cats and "magic?" in this episode, where we play "SALEM 1692"—a setting about the Salem Witch Trials. We find Salem in the midst of a mystery—what happened to Billy Biblethump in the barn? Who is a real witch, and who's just holding the ladle? And how did that French cat get here?